For those of you who don’t already know, this summer we promoted two of our team members to Vice Presidents. We are pleased to announce Ted Foor and Jarrett Rosenau have assumed the responsibilities of VP and we couldn’t be more excited! Both Ted & Jarrett bring decades of industry experience to our team and have held key management roles with us in the past.

Ted has focused his career on delivering successful Lease-Leaseback projects. His greatest strength is his ability to facilitate team rapport and communication to ensure all stay on track with the project vision throughout all phases of the project. Ted consistently brings in his projects under budget and ahead of schedule. Ted also received a Law Degree from the University of Dayton School of Law and a B.S. in Construction Management from Cal Poly.

Jarrett has had a well-rounded career and has overseen projects across multiple industries. Jarrett adds value by helping the team chart the project direction and navigate the interfaces between design and construction to ensure a smooth project delivery. During Pre-construction, Jarrett shares his insights on life-cycle and value of alternate materials and systems. Jarrett also received his B.S. in Civil Engineering from the University of Santa Clara.

We sat down with Ted & Jarrett to learn a little bit more about them. 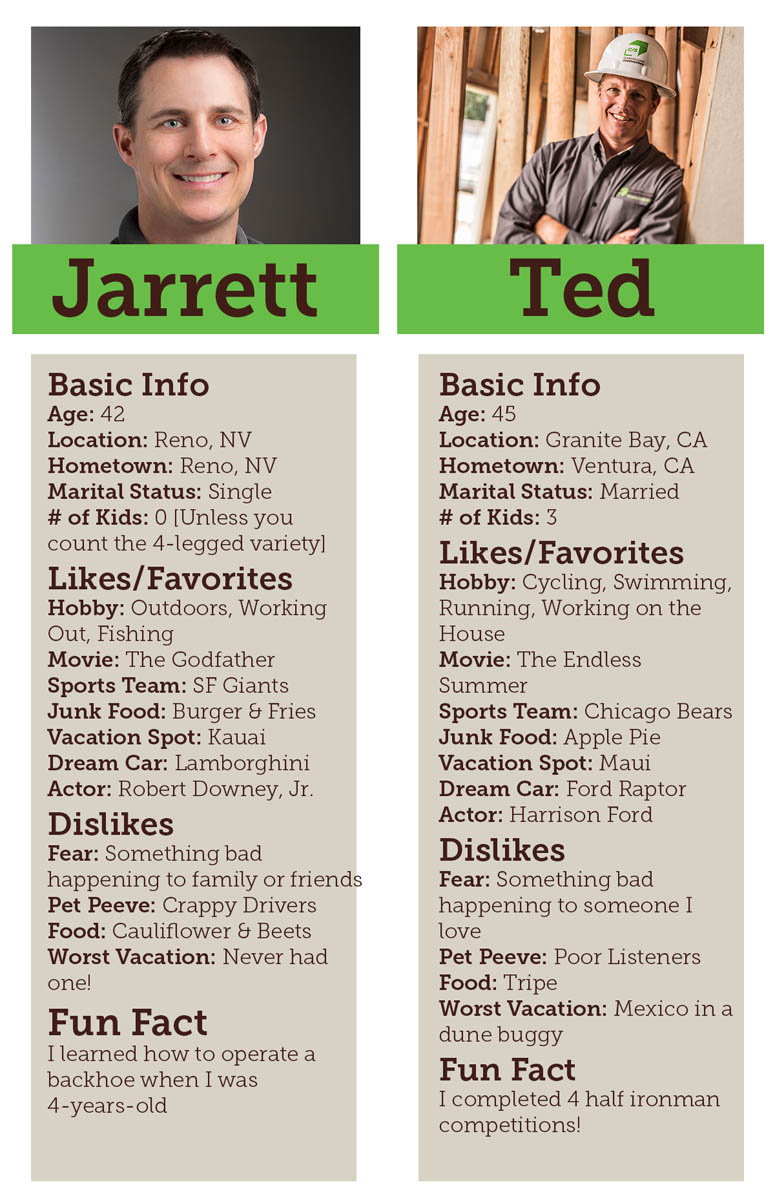