Donna Jeanne Koepp is a native Nevadan who today is regarded as an Artist and Illustrator, as well as a Construction Estimator.

Donna began her career in her late 20s as a receptionist patching phone calls, covering the fax machine, and keeping a budding construction company successful. She quickly moved in to the accounting department and spent several years sharpening her bookkeeping skills and learning the excitement of payroll, accounts payable, and the like. While accounting got Donna involved with numbers, it turned out that it was not her professional calling. She had an interest in another department, the estimating department, which also dealt heavily with numbers, but involved putting together numbers for pre-construction and construction estimates for new buildings.

Donna’s new career path seemed exciting and she went back to school to learn how to become an estimator. By 1990, she was a full-fledged estimator at Clark & Sullivan. By the year 2000, Donna had reached the rank of Chief Estimator and helped estimate projects in the Reno, Las Vegas, and Northern California regions ranging from small remodels at Renown Hospital to large scale projects that exceeded $60 million dollars!

Donna didn’t stop there. She also dabbled in teaching introduction courses to construction estimating at the University of Nevada, Reno for a few semesters. Donna was also involved with and has taught workshops for the Nevada Chapter of Associated General Contractors of America in Reno. Donna also served on the 2013 board of directors for the American Institute of Architects of Northern Nevada (AIANN), acting as a construction industry liaison. 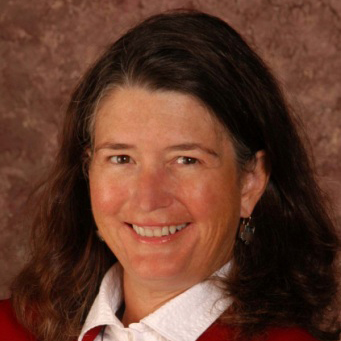 Donna currently has the title of Senior Estimator at Clark & Sullivan Construction and has more recently received her LEED AP credential and now has advanced knowledge in green building.

In addition to Donna’s successful professional career at Clark & Sullivan Construction, she has been extremely active in the art community. Art is Donna’s true passion in life and she is a self-diagnosed sufferer of Multiple Muse Disorder. She finds that creating art and sharing art is the best treatment for this ailment, for which there is no known cure. Donna has created an online website which acts as a portfolio of her personal work complete with sketches and concept art. You can check out Donna’s work by visiting http://www.whitewolfstudioart.com/ .

If you’ve learned anything from Donna so far, it’s that she is very involved and is not selfish in any way. She has also participated in the Art Angels classes as part of the Sierra WaterColor Society. Donna also teaches for the Art Angels program in the downtown Reno library. The Art Angels program provides a fun, creative, and hands-on art experience at no cost to children, teachers or schools in the Northern Nevada Area. Donna has also participated in “Sketch Crawls”. Similar to bar crawls, participants move from location to location making small sketches along the way (and there’s never a hangover the next day).

Donna is also a member of the Friends of Calligraphy Guild in San Francisco and sometimes wonders “if younger people will take up the craft since they don’t even teach handwriting in school anymore.” More recently, Donna has taken on a mentor from the Society of Children’s Book Writers & Illustrators (SCBWI) and is planning on a picture book as her most recent focus! We know you will be successful in your endeavor Donna!

“Seriously, I am an artist with a wide range of interests. In the 60’s I played with paper and colors, in the 70’s I did meticulous pen & ink drawings, in the 80’s stained glass windows & lamps were spawned from Capricorn Glassworks, in the 90’s I discovered Sculpy clay and crafted unique dolls, and now the new millennium has me full circle to paper and colors.

My current passions are illustrating and art journaling. With this interest comes personal explorations expressed with paper, pens, paints, quotes, calligraphy, collage and a love of words and story. My search for unique materials always leads my journey to making these materials myself. Thus, the Paper Mercantile by White Wolf Studio.

Like many artists, I’ve created stuff since I was a kid. I couldn’t wait for Halloween each year because I would draw, color and cut out witches, jack-o-lanterns, ghosts and black cats to tape in the windows. As a matter of fact I still decorate my house for Halloween. In the sixth grade I drew a detailed image of a raccoon for my book report on Rascal, by Sterling North. That kicked off my illustration career, selling other students illustrations for their book reports for ice cream bars after school. But our teacher shut down my business rather quickly. I’ve always wanted to illustrate stories.”

Donna is also married to Jim Koepp who recently retired as a General Superintendent from Clark & Sullivan Construction after 35 years of service. Donna and Jim have two children of the furry variety, Piper Short Stockings, a Scottish Terrier, and Jazz.

Apart from art and her estimating career, Donna enjoys golf, dog agility training, horseback riding, and even pushed herself mentally and physically participating in the 2013 Reno Tahoe Odyssey!

We will miss you Donna & thank you for your 30 years of service with Clark/Sullivan Construction.